Efficient supply solutions as the key to successful business

The Techmateq GmbH participated in the Hannover Messe 2013. The Hanover Fair is a unique presentation and discussion platform for the entire process chain of subcontracting market: materials and technology know-how, development and construction, parts, components and systems.

Eleven international trade fairs have been bundled at the Hannover Messe 2013. The exhibition was accompanied by lectures by renowned speakers of worldwide companies in the core areas.

This year Russia was a partner country of the most important international technology fair. More than 100 Russian companies presented themselves in Hanover. So many Russian companies have never before participated in a trade show outside their own country.

A special role is played by the German-Russian exchange around issues of energy. In the course of the energy turnaround of the federal government German companies drive forward appropriate innovations. As well the partner country of Hannover Messe increasingly relying on new developments: By 2020, Russia will invest 25 billion Euros in renewable energy sources and the focus will be on wind energy, followed by solar power and hydropower.

Techmateq GmbH has as planned presented Russian partner companies at the Hanover Fair 2013 the new developments and in the wake of the successful calls signed letters of intent for cooperation. 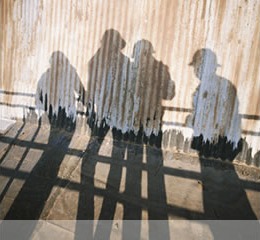